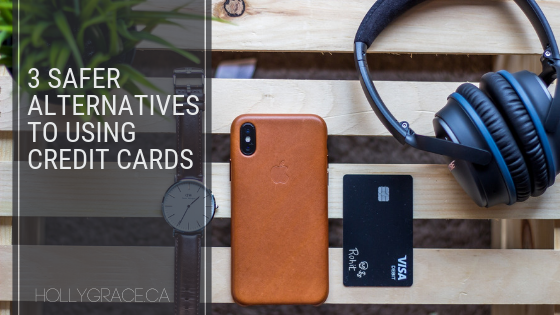 It’s no secret that borrowing money with a credit card is risky but most people still have a pretty sizeable amount of credit card debt. At some point in your life, you’re probably going to have to borrow money. Whether that’s to cover some unexpected bills or just to pay for all of your normal living costs, sometimes it’s just unavoidable. Credit cards are the most obvious option but they aren’t usually the safest. There are more ways to borrow money than ever so it’s always a good idea to explore your other options before you resort to credit cards. Here are some of the best borrowing alternatives to credit cards.

Peer to peer lending is a great new way of borrowing money that puts the power back in your hands. One of the biggest hurdles you’ll face when trying to borrow money is your credit rating. This is particularly relevant if you’re a young adult trying to manage your money because you probably won’t have had time to build up a very good credit rating yet. There are plenty of great peer to peer lending platforms which match up people that have money to invest with people that need to borrow. People aren’t as likely to discount you straight away just because your credit score isn’t great and you can usually get far better interest rates than you would on a credit card.

A personal line of credit is a better alternative to credit cards because the repayment periods are usually more flexible and you can get better interest rates on them a lot of the time. First things first, what is a personal line of credit? It’s basically halfway between a loan and a credit card. You’ll get a certain amount of money that you can borrow up to and a period during which you can use it. After that period is up, you’ll need to start making repayments until the balance is cleared. It’s a safer way of borrowing than a credit card and you can limit yourself so you only have access to it while you need it. That’s a big bonus because it means you won’t be tempted to carry on using it when you no longer need it.

If you’re struggling to get a loan from the bank because you’ve got a bad credit rating, guarantor loans might be the solution. They’re designed for people in exactly that position. The way that it works is you get somebody else like a friend or family member to co-sign the loan with you. The agreement is that if you can’t make the repayments, they will step in and help you pay back the money. It’s a good way of getting around the credit rating issue but you’ve got to be very careful. If you default on your repayments and somebody has to bail you out, that could cause some serious friction in that relationship. It’s not worth falling out with somebody close to you over money so only go for this option if you’re absolutely sure that you’re going to be able to pay it back on time.

Credit cards can be a good way of borrowing if you can find one with an interest free introductory period but it’s best to try some of these safer alternatives first.